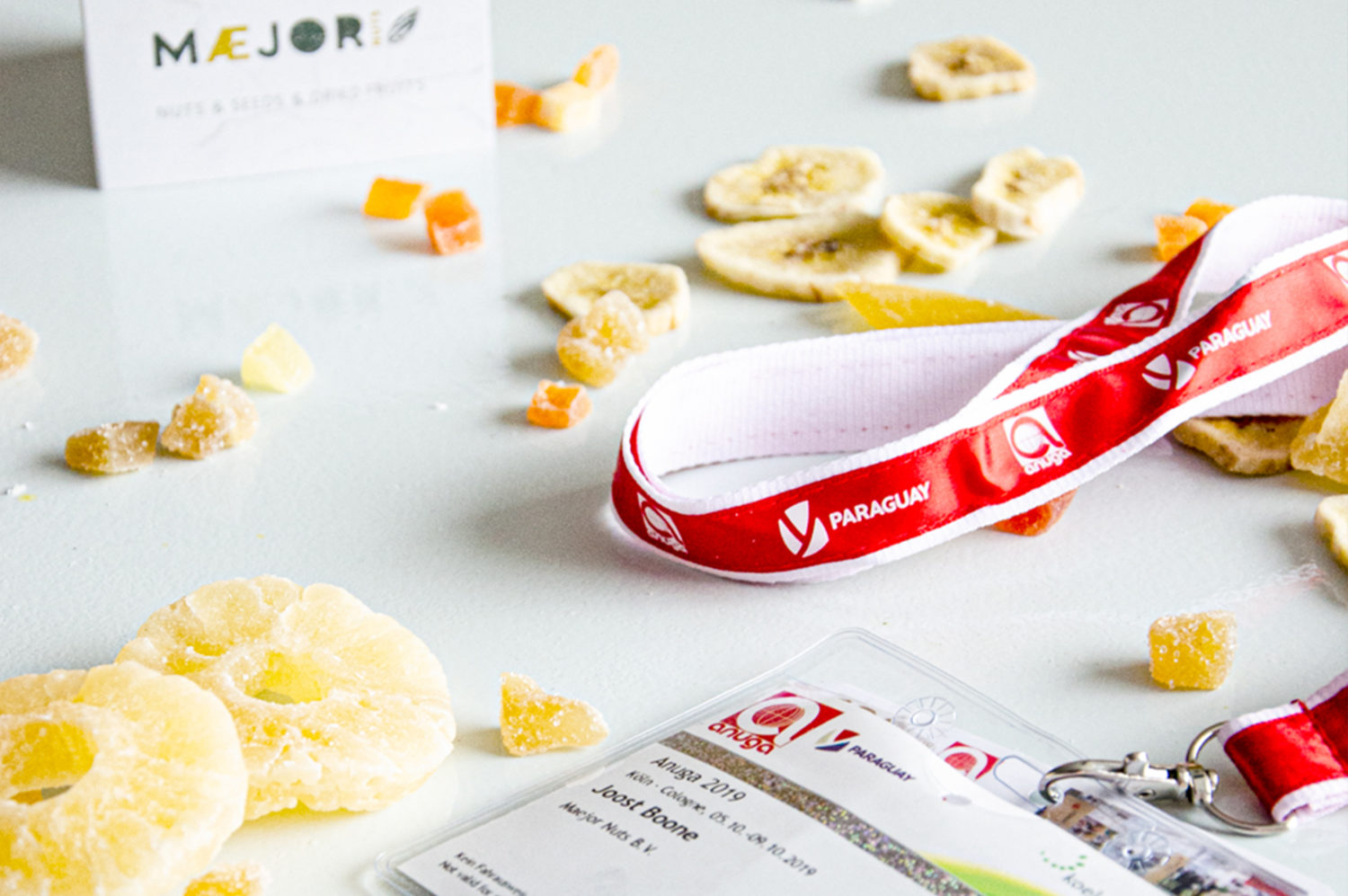 ANUGA
Last week we visited the Anuga exhibition in Cologne. It was great to be back at the biggest food-show in Europe. For three days, we were running from stand to stand in order to meet as many customers and suppliers as possible. We had interesting meetings with our business partners and we would once again like to express our thanks for your trust in Maejor Nuts B.V.

Unfortunately we weren’t able to meet everybody in person so if we missed you than we look forward to meeting you soon at another trade show.

PAPAYA
Prices have been high but stable the last weeks. It is expected that the price will remain high until the end of the year. Yet the prices are expected to go down early 2020.

Colour is still an issue as the farmers harvest the papaya at an early stage in order to get quick cash for the fresh papaya. When the fruit is harvested early, it isn’t ripe (red) yet but more yellow/orange in colour. During the dehydration process there is no colour added. This results in the finished product being less red.

PINEAPPLE CORE
The market remains difficult. The winter crop is late and will be short. Due to the lack of raw material, the exporters can only ship limited quantities per container.

Prices are extremely high at the moment and there are no signs that the prices will go down in the coming months. The situation is expected to remain difficult until at least until the summer crop will become available (April/May 2020). We received prices from origin for flesh dices which were lower than core dices.

GINGER
Thai dehydrated ginger price has increased over the last two months due to the limited raw materials from China. Prices of raw material went up 40-50% in origin.

As the Christmas season is in full swing, it is recommended to cover your needs as soon as possible. We have a good position in ginger and are still able to offer at competitive prices.

Prices increased over the last weeks due to limited availability as has been the situation already since early 2019. Market will ease somewhat after the Chinese New Year.

Demand in Europe is slow at the moment and there seems to be enough stock available for spot purchases.

The crop of Greek pistachio was later than normal this year. Also quantities were less than expected. The largest part of the Greek crop is consumed on the domestic market. Quantities for export are limited. If you need product of 2019 crop, it is advisable to cover your needs early as possible, as the availability will decrease and prices are expected to further increase.

Because we know nuts

Maejor Nuts fulfills all your needs for nuts, dried fruits and seeds. With our worldwide network of well selected and trusted suppliers we provide high quality and fair priced (and certified) products. Having a straightforward and flexible attitude we are prepared to go the extra mile for your requests. A durable and personal relationship with customers and suppliers is a Maejor deal for us.